Don Gonzalo with a member of the Proyecto Raices team

This year to celebrate the launch of Mexico Retold and my gratitude for being able to fulfill my dream to live in this incredible country and spend my time writing about it, I would like to give someone else the chance to fulfill their dream.

Don Gonzalo’s is 96 and his dream is to have a hearing aid, to help him feel less isolated in the world for the last years of his life.

It is so simple, so easy and actually not even something that expensive, but imagine the difference it will make to him. He is so active and strong in every other way but his difficulty in communicating is making the last years of his life lonelier than they need be.

I came across Don Gonzalo’s story, on the Facebook page of a project called “Nija’nu”, which is co-run by a great friend of mine and a woman whose work I admire and respect. Karen, is organized, thorough and believes in sustainability and longevity rather than quick fixes and therefore I have great trust in her work.

The project currently works with 27 elderly people (abuelos) in a small town called Santo Domingo Tonalá in the Mixteca region of Oaxaca. The town is greatly affected by migration to the United States, which has left a number of the elderly without family members.  Some of the abuelos talk of family in the States who despite being gone for many years remain undocumented and therefore cannot return. Some of the elderly women also never married, because the town had a large shortage of men after the depression in the 1930s and the implementation of the Bracero program (an agricultural program, which saw Mexican “peasants” leaving to work in the US in difficult conditions of low pay and long hours) both of which resulted in great swathes of migration away from Mexico.

Many of the elderly survive on government pensions of just $80 US every two months and some don’t even get that since they don’t have birth certificates to prove they are over 70.

So what does the project do?

Nija’nu has three main aims: to provide food, improve housing and to generate opportunities for social interaction.  For example, they recently held a birthday party to celebrate the birthdays of any of the 27 elderly people whose birthday fell in the previous 4 months. When Las Mañaitas was sung (Mexico’s traditional Happy Birthday song) one of the ladies began to cry and said it was the first time the song had EVER been sung to her. 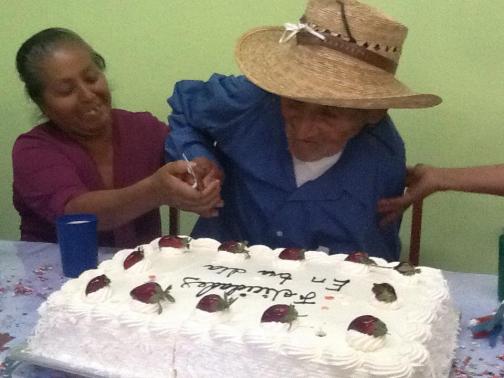 The first thing that struck me about Don Gonzalo was his kind face and his hands, hands that told me that he had worked the land for all his life. Along with his photo were a few words about Don Gonzalo, explaining that his big dream was to buy a hearing aid. Communication is something hugely important to me. Perhaps that is why I knew I wanted to help Don Gonzalo.

I asked Karen and Alejandra (the other wonderful project partner) to tell me more about Don Gonzalo.  They confirmed my suspicions that he worked the land from a very young age, learning everything from his father, taking care of their animals. Later he bought his own piece of land and grew corn, chillies, tomatoes, watermelon, and melons.

His first wife died almost forty years ago and he later remarried. He lost his second wife four years ago and now lives alone and his daughter in law takes care of him. She explains how he is constantly on the go, wheeling his wheelbarrow down to the village to collect trash to make compost.  He is pretty much unstoppable; it is just his hearing that holds him back.

Don Gonzalo in his house

So this Christmas, Mexico Retold is dedicated to helping Don Gonzalo achieve his dream to once again be able to communicate freely and easily.

We have estimated that the cost of a hearing aid is around $500 USD but I would love to raise $1000 USD in case of hidden costs (travel, check ups etc). Any money left over will go to help set up a old Mexican movie night for the elderly people and others in the community, a movie night that Don Gonzalo will also be able to enjoy!

If you would be interested in giving a little something, you can donate easily and safely here:

Thanks in advance on behalf of myself, Karen and Alejandra at Nija’nu and of course, Don Gonzalo! 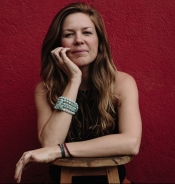