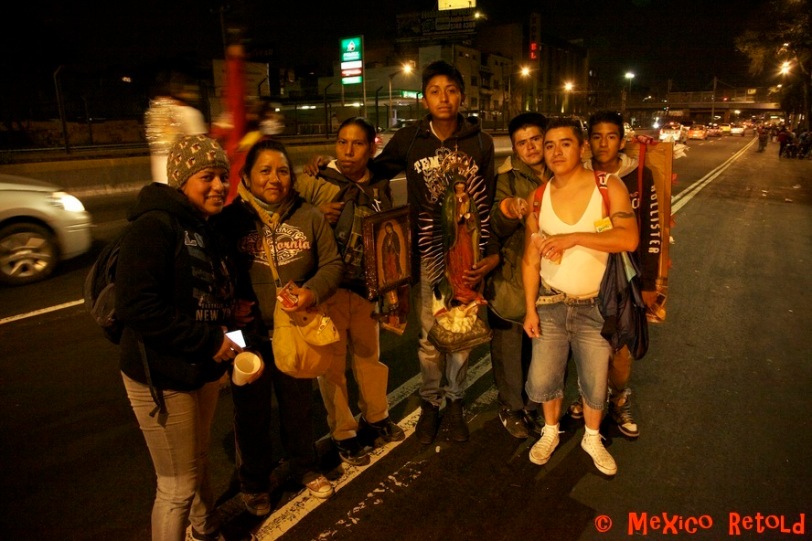 Yesterday I saw a display of faith that blew me away. I studied religious studies, in England, and in all my studies religion was found to be fading, church congregations were dwindling and the pews were scattered with a few elderly devotees. Especially, within Catholicism, the congregations were aging because it doesn’t hold the appeal to young people that perhaps Evangelical or Pentecostal traditions seem to. Add to this the fact that something like 70% of the congregations are women and you get a rough picture

Not so in Mexico. Not when millions of people make the pilgrim to the Shrine of Our Lady of Guadalupe every year. Not when the vast majority of the pilgrims are young people and mostly young men. 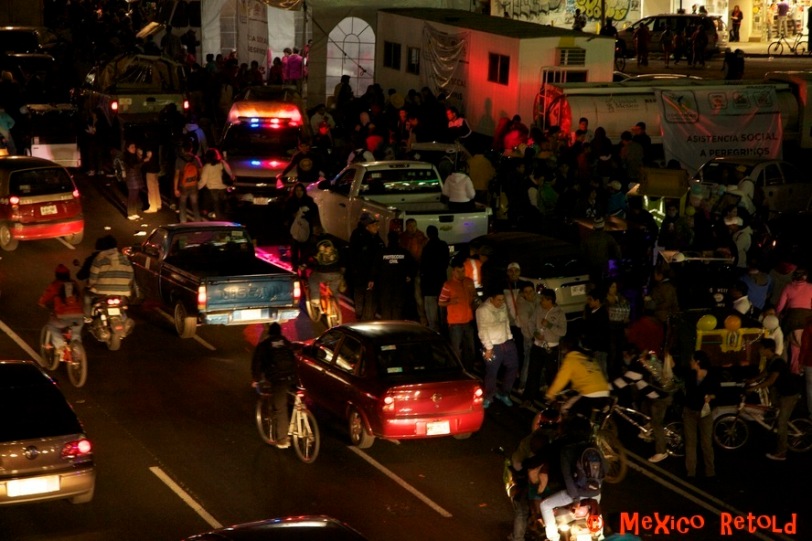 Yesterday, I saw people cycling, walking, running in relay with burning torches and riding in the back of trucks in their own personal pilgrimage to the shrine of the mother of Mexico, and in a collective expression of faith and solidarity.  Many carried pictures of the Virgin on their backs, or icons in boxes that weighed so much I saw one young man holding it by a rope with his teeth.

Along the way, people had come out in their cars or on foot to support the pilgrims by giving them water and fruit or little icons of the Guadalupe to keep them focused. I saw people offering massages and first-aid to the pilgrims for whom the journey was taking its toll. I couldn’t help think that if this was England, some large company would “sponsor” the pilgrims and people would be hired to hand out their products. Not so here, (well not that I saw), these were people who paid for the water themselves and took their own time to hand it out, showing pure solidarity with the pilgrims. These people were still out in the cold and dark at 3am and showed no signs of stopping.

The atmosphere was electric, somber, joyous all at once, but possibly the over riding feeling for me was one of focus. Mexican culture often has a playfulness about it and although I saw this on a few occasions, the majority of the pilgrims had the shrine clearly in sight, after hours or maybe days of walking. There was certainly drinking, and some pot smoking going on, but all of it seemed to have the aim to ease the journey, rather than to get drunk or high for its own sake. 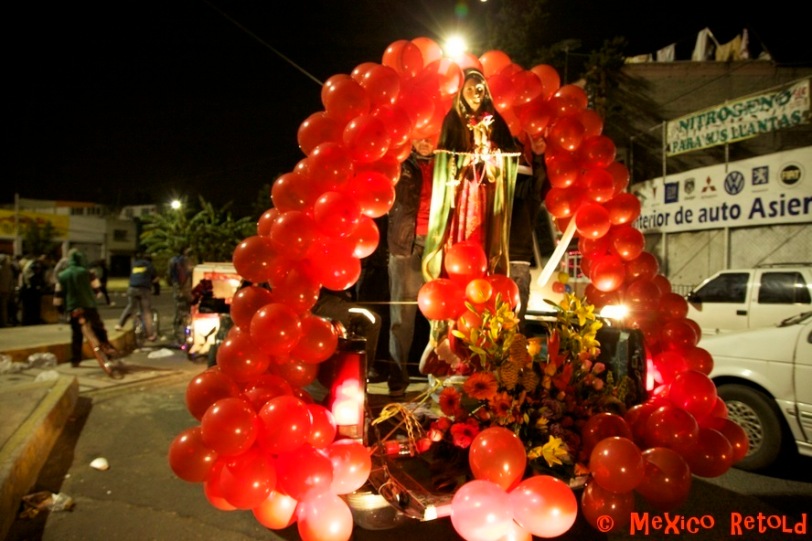 Getting close to the shrine, I saw more people taking the pilgrimage who were clearly sick and suffering. They had come all that way, with the support of their loved ones in what was perhaps their last hope that the Virgin could grant them the miracle of health or life.  One young man was clearly suffering heavily from a crippling disease and I was moved almost to tears by his courage and also his ability to retain hope in the powers of the virgin despite clearly being in so much pain.

As we left to return home at 3am, with cold biting into our bones, the swathes of pilgrims showed no signs of stopping as they walked through the night, their path lit by the most hauntingly beautiful moon, and their heart driven by their faith, devotion, love and most of all their hope. 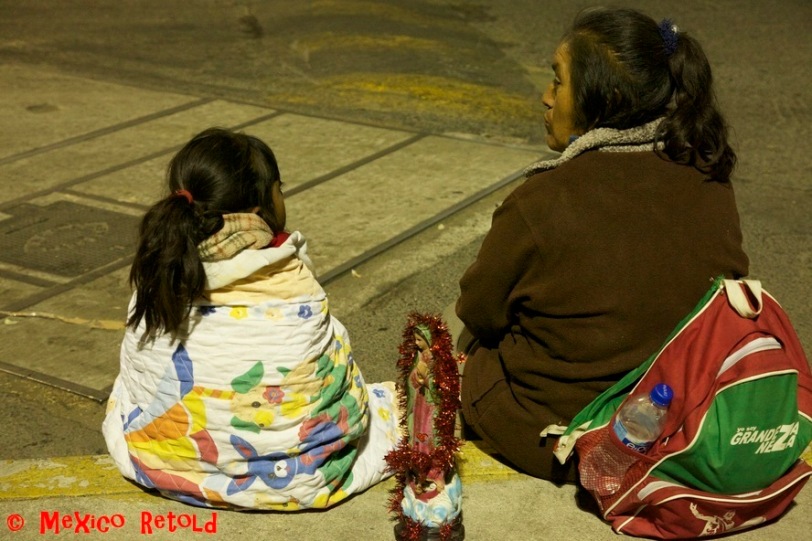 I will return to the Shrine today to witness the celebrations of Guadalupe’s feast day.