I was lucky enough to be put in touch with Louisa by a great friend of mine in the UK, who said something along the lines of “you guys both do cool things and you are both in Mexico, you should meet” (I think it was actually much more eloquent than that but that was the general idea). We thought we had missed our chance to meet, but then happy coincidence and the sometimes joyous world of Facebook over share, meant we met randomly in Playa del Carmen. I was, and still am, blown away by the Mexico that Louisa captured in her photos (taken with 35mm film) and I think her words also tell of that special something about Mexico, that feeling that you are in a love affair with the whole country. So, it is a wonderful honour to share her work with you here…

All I knew for certain was that I had flights into Mexico City and a few nights booked in a hostel in Roma. Armed with a Mexican Spanish phrasebook and -thanks to some misinformed online reviews – an unsatisfactory guidebook to Mexico and thus I began my journey… I knew I’d craved to visit this country but when queried on my choice of destination for my summer solo travelling jaunt I usually responded with ‘I like the food’ and sometimes ‘there’s meant to be nice beaches with jungle and ruins’ with a shrug. Was I ignorant? Well, yes. The appeal was not knowing what to expect, but not having any Spanish, at all, was more awkward than I anticipated. Thankfully a new travelling friend was on hand to translate, but this isn’t really advised.

Mexico City consisted of late nights; Mezcal and impromptu salsa lessons, perusing local markets, alongside the touristic sites of Teotihuacán and the Frida Kahlo Museum amongst others. This enormous city has so much to offer but what was most enjoyable was getting a feel for the place on foot and on the metro.

The next destination was the state of Oaxaca, where I sampled the incredible street food and amazing architecture in the city, then onto the paradise of the quiet beach town Mazunte. Fish tacos, coconut water and swimming in the lively but warm Pacific Ocean made up the following few days in the sun, and I was in love.

In the southern state of Chiapas I had one of my best experiences of the trip in the city of San Cristobal de la Casas. On my way to a museum one afternoon I heard trumpet fanfare and curiously took a detour down a neighbouring residential street. I joined a small crowd following a statue of the Virgin Mary being slowly driven around the roads on a truck, behind them a little brass band. Half of the crowd were in fancy dress and an excited Mexican lady handed me a plastic cup of sangria. I was the only European in sight and felt honoured to be included – in what though, who knows. Meanwhile, some men were laying a thin line of gunpowder on the ground behind the party, trailing our journey round the winding roads and sometime later everyone came to a stop and celebrated even more. This gunpowder was ceremoniously lit and loud bangs slowly exploded along the trail we left behind. With my sensitive, British health-and-safety abiding eardrums I thought it best to head back to the hostel at this point. I still have no idea what that was but I don’t care, it was amazing.

The remainder of the trip included a sweaty couple of days in the jungle at Palenque scoping out the Mayan ruins and a hurried few days along the beautiful but much more touristic coast of the Yucatan state. One cheap flight from Merida to Mexico City later and I was back where it all began for my last few days. Six weeks just did not feel long enough for this colourful country, but I didn’t just fall for the food and scenery. The people and their culture got me hooked and I need to go back for more. 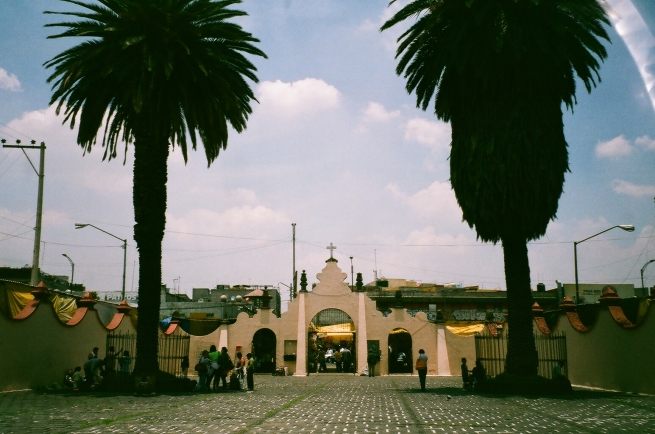 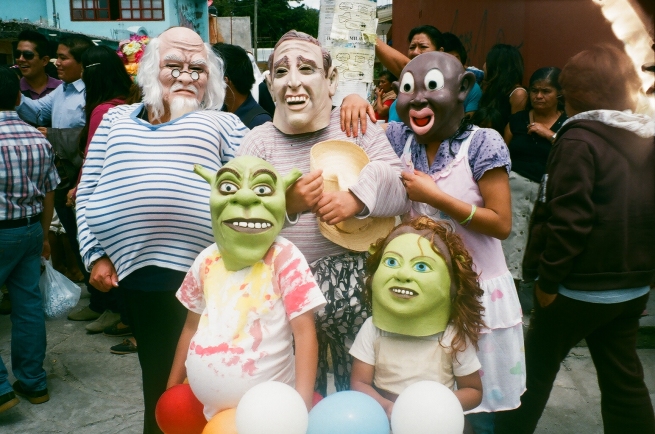 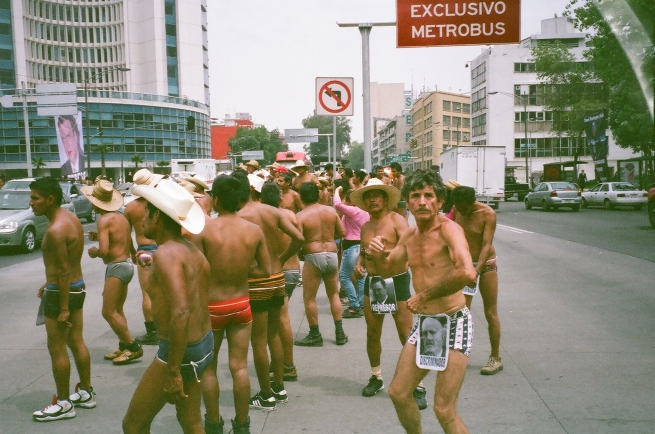 Louisa Mayman is an award winning filmmaker and photographer based in London. She was selected to be one of 70 people taught by Werner Herzog at the Rogue Film School in 2011 and is currently studying Visual Communication majoring in Moving Image at the Royal College of Art. See more of her work and her travels at www.louisamayman.co.uk